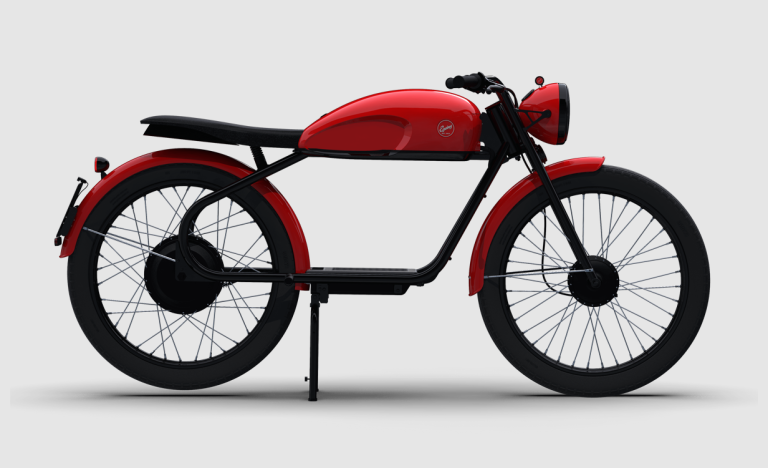 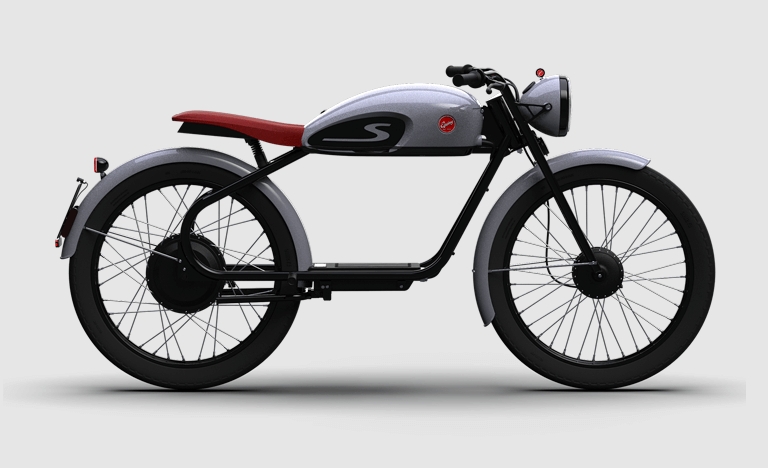 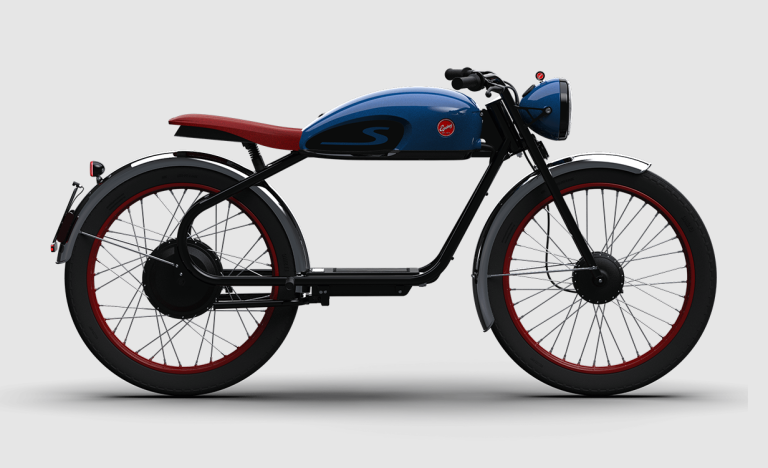 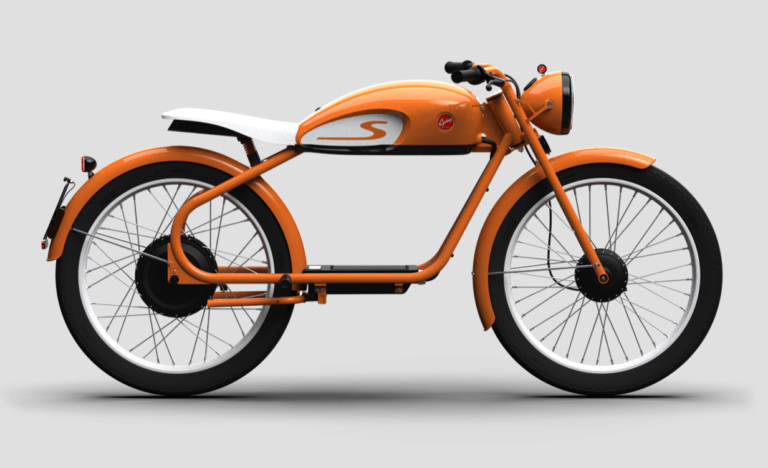 Eysing is a Dutch company born out of a passion for automotive design. 4 Childhood friends started to design and built an e-moped for themselves based on the design of the classic Dutch Eysink motorbike, the Alpenjager, dated from 1938 They started the build in the backyard of their parents, learned, discussed, experimented till they had three riding Pioneer  prototypes. When they started to drive them on the road, the interest of bystanders was enormous. In 2018 the four friends introduced the first Pioneer prototype on the Masters Expo in Amsterdam. The interest was overwhelming and that was the start of the Eysing Company.

The company was founded in 2017 in Vught (N-Brabant). After achieving a proof of concept, building several prototypes and testing these for tens of thousands of kilometers, they started a pre-sale in their own network. Advanced technical development of the 100 pre-ordered e-mopeds started in 2019 and took about 18 months. They opened a concept store in ‘s-Hertogenbosch (N-Brabant) in 2019 and set up an assembly facility in Geffen (N-Brabant) in 2021. Assembly of the first production e-moped, the Eysing Pioneer, started in October 2020, resulting in first client deliveries by the end of that year. In 2021 they started our exclusive Tailor Made program. Besides the existing Pioneer line is it now possible to configure your own Pioneer Exclusive with all the specs you desire. In 2021 they also created an independent production facility approved by the RDW and they got the EU Type-Approval from the RDW. Moving to a bigger production facility was a must so they moved back to Vught (N-Brabant) in 2022, were it all begun in 2017. In 2022 they started several collaborations with international dealers and entered a huge collaboration with Pininfarina. The Esying designed by Pininfarina, the PF40 is now a fact. 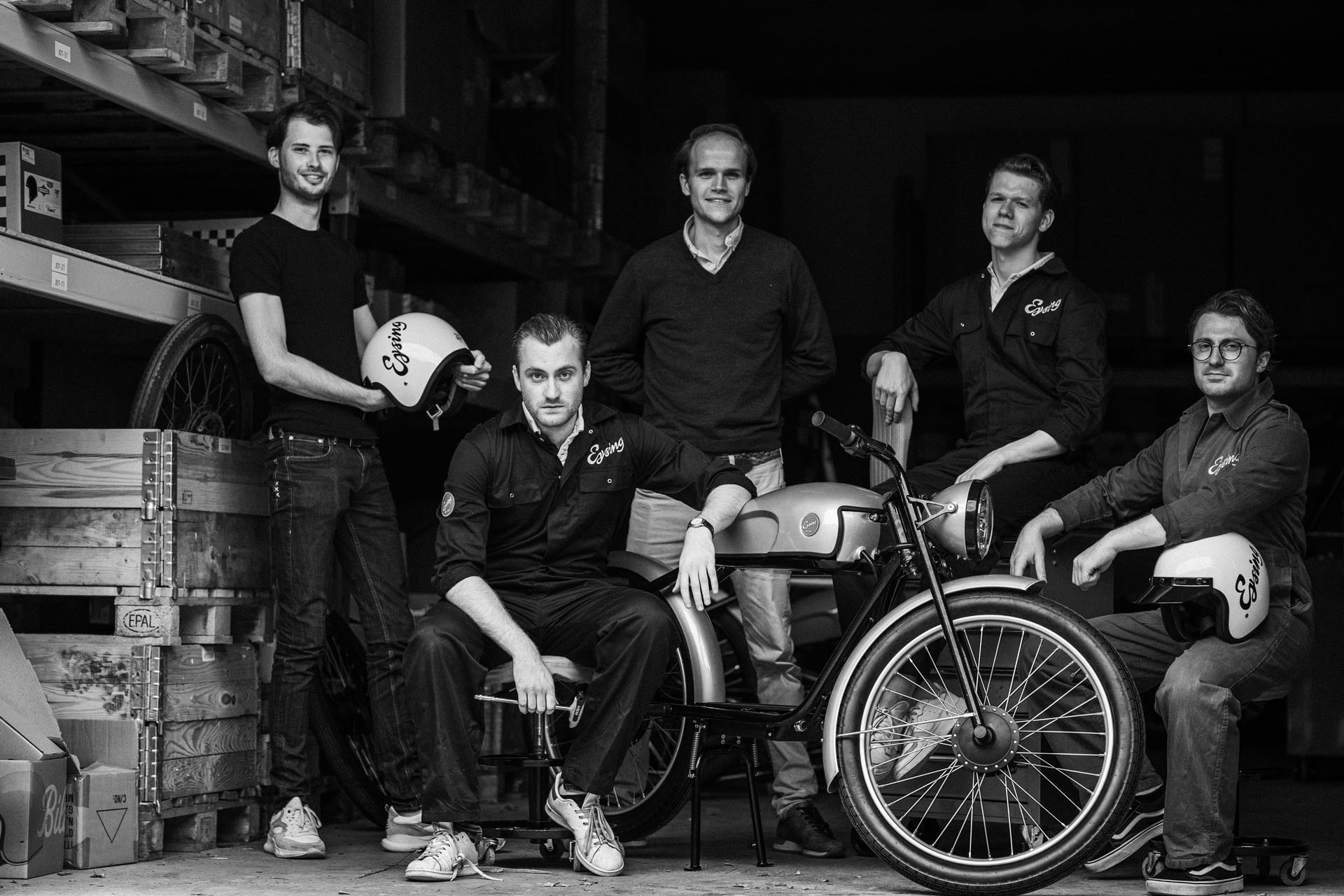 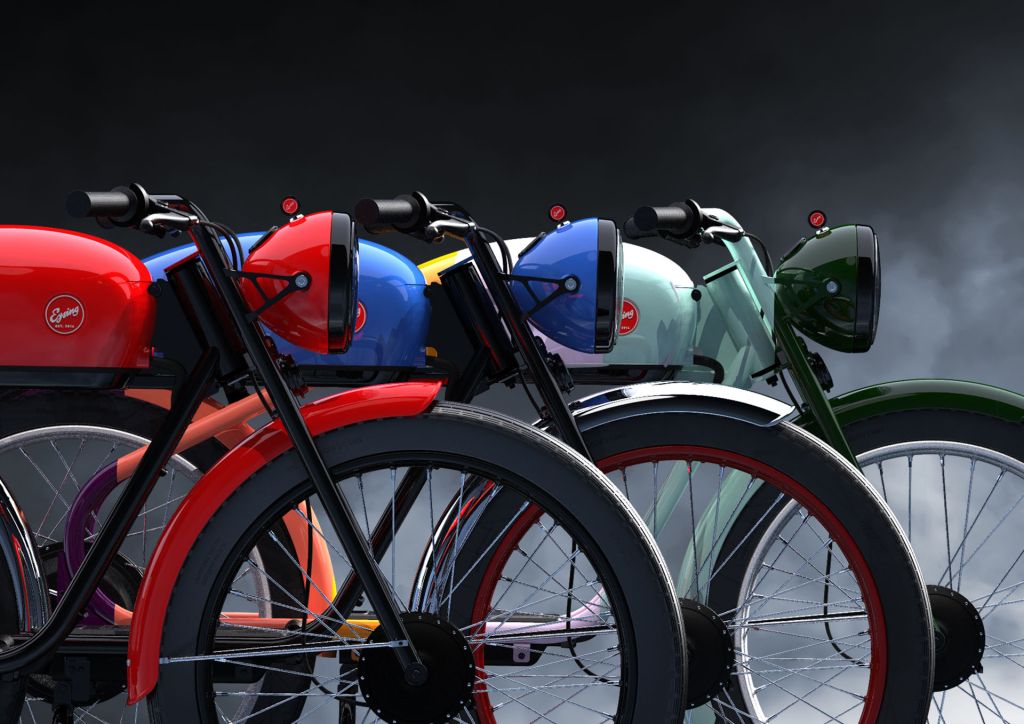 There are now 4 different Eysing Pioneers models, from an Original to a Tailor Made model and an Eysing designed by Pininfarina, the PF40. The company is growing at high speed. Eysing designs, develops, build and sells electric scooters (e-mopeds) with passion and dedication.  Eysing takes pride in making high-quality, sustainable and well-designed products.

In spring 2022 Pininfarina asked Eysing to start an inspiring collaboration. The wish of Pininfarina was to design a whole new e-moped for the international market. The Eysing designed by Pininfarina Model, the PF40 is revealed to the world at the Masters Expo Amsterdam in December 2022.

The PF40 will be ready for delivery to the market at the beginning of 2024. It is possible to make a pre order to make sure that you drive the PF40 as one of the first in the world.

The Eysink factory was founded in 1886 in Amersfoort as a machine factory. In the early 1900’s they went with the times and started building cars and motorcycles. Car production was soon stopped but the motorcycle was a permanent feature, though on a small scale compared to other countries.

In the early thirties, the grandson (Dick Eysink) of the founder took care of much advertising for the company in the field of motor sports. In 1931 he won the gold medal at the International Six Days in Italy. Based on this motorcycle starts the production at Eysink of their fast sports motorcycle, the Alpenjager. Because of the high cost of making their own engine they used purchased engines from different brands in 350 and 500cc. Their topper was the model with a Python (Rudge 500cc 4 valve) engine as with this motorcycle.

This offered motorcycle comes from a German museum and was driven much and is therefore in excellent running condition and completely original. 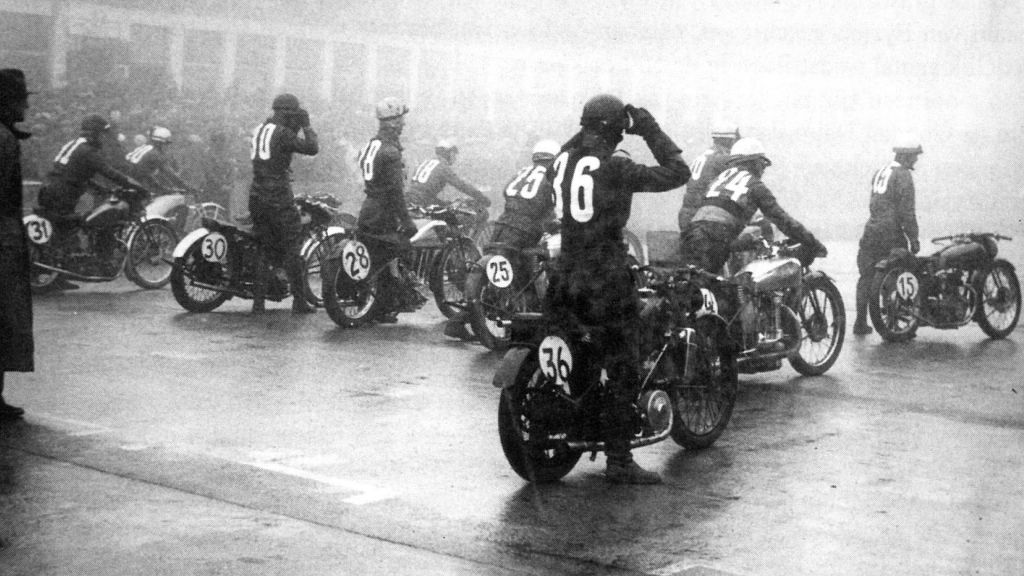 Rik Smits, Jasper Smit & Stijn Smit became good friends during their high school time.  The 4 highschool friends were all very interested in automotive design and classic features. Alain van Dijk, one of the founders of Eysing, was since he was a child interested in automotive and knew at an early age that he wanted to be an automotive designer someday. He followed a Design study at the Technical University of Delft and one day was introduced to the Alpenjager Motor of Eysink. Alain got so inspired that he started to design an electric moped based on the design of the Alpenjager.

The first prototype was built in 2017 in by Alain van Dijk, Rik Smits, Jasper & Stijn Smit in the garage of the parents of Alain van Dijk. The company Eysing was born. At first the 4 boys built some prototypes for themselves but the interest of bystanders was huge so they decided to take the Eysing to another level. After achieving a proof of concept, building several prototypes and testing these for tens of thousands of kilometers, they started a pre-sale in their own network. 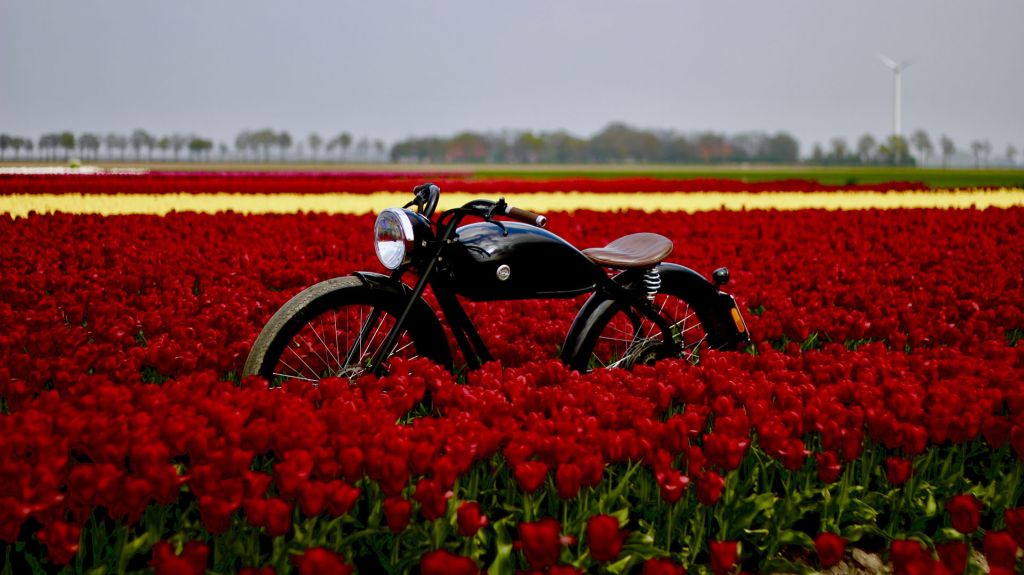 In 2018 Eysing got the opportunity to show one of the Pioneer prototypes at the Master Expo at the Rai in Amsterdam. Long story short, they sold approximately 100 Pioneers by pre sale. 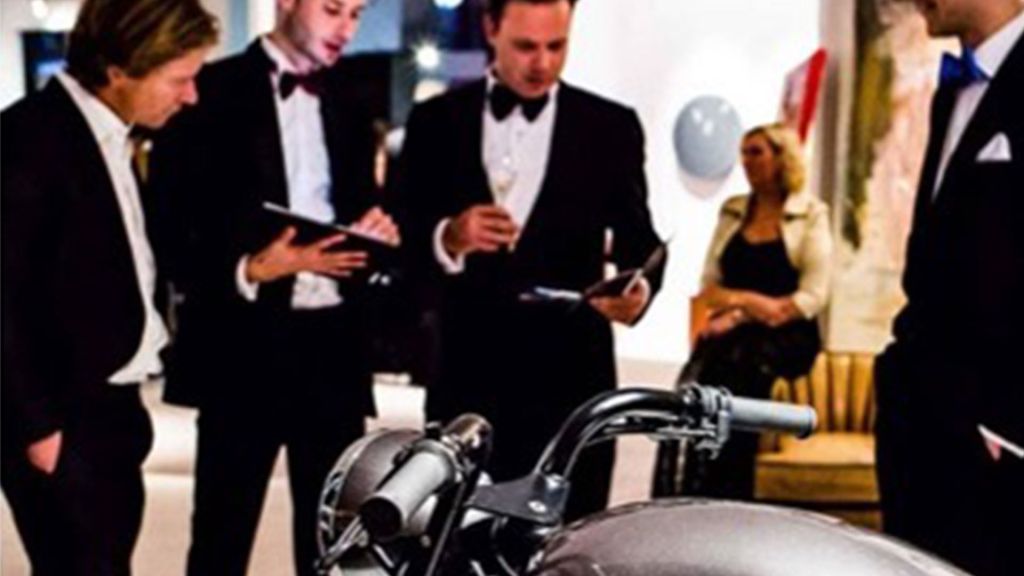 Advanced technical development of the 100 pre-ordered e-mopeds started in 2019 and took about 18 months. This work was all done from a rented garagebox in Vught. 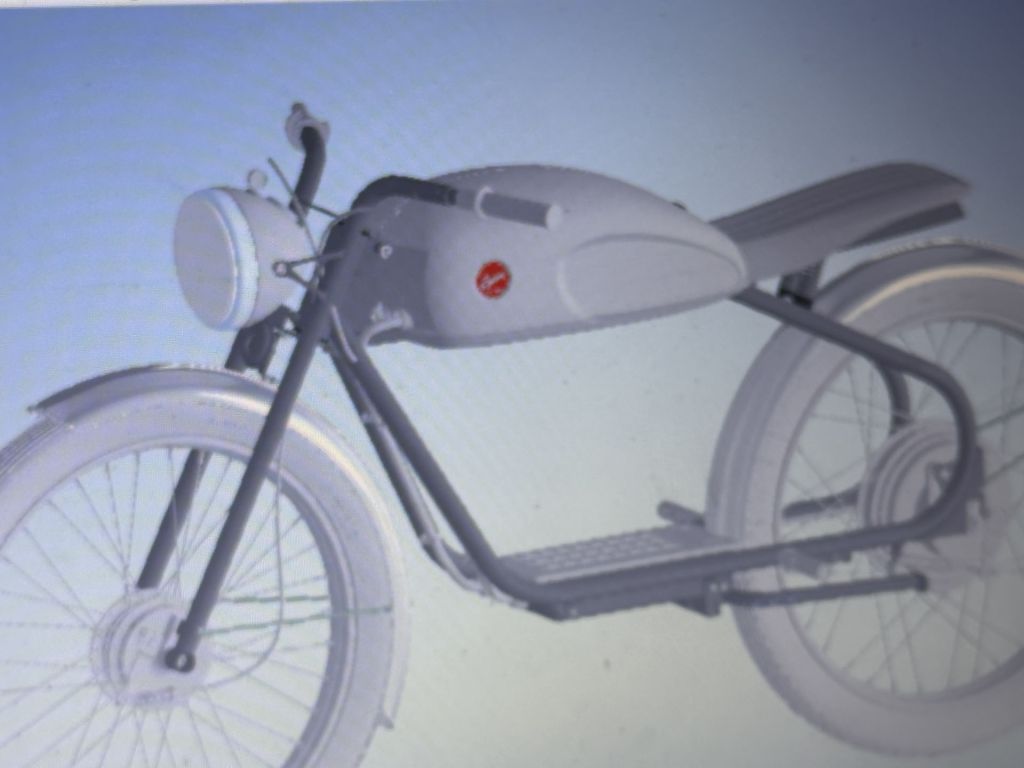 Eysing made the move to an excisting production factory in Utrecht. They learned a lot of the expertise of this manufactorer of light electric bycivles and e-mopeds. Eysing developed a completely new vehicle including all development and certification of all parts of the Eysing Pioneer and started series production. Besides this Eysing developed an Eysing connect app with AXA. 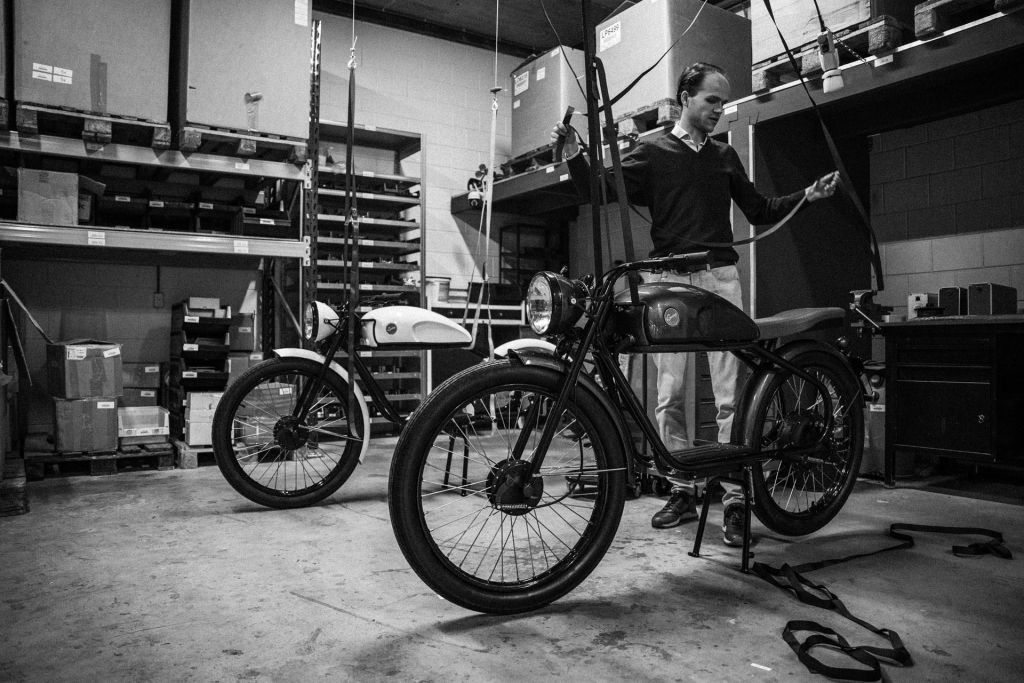 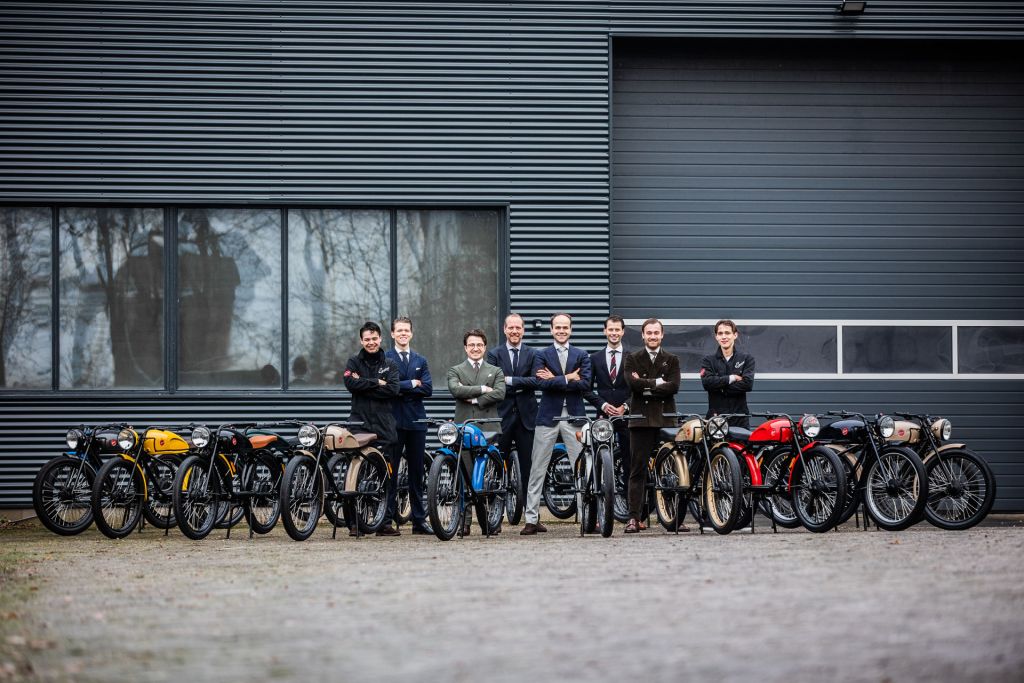 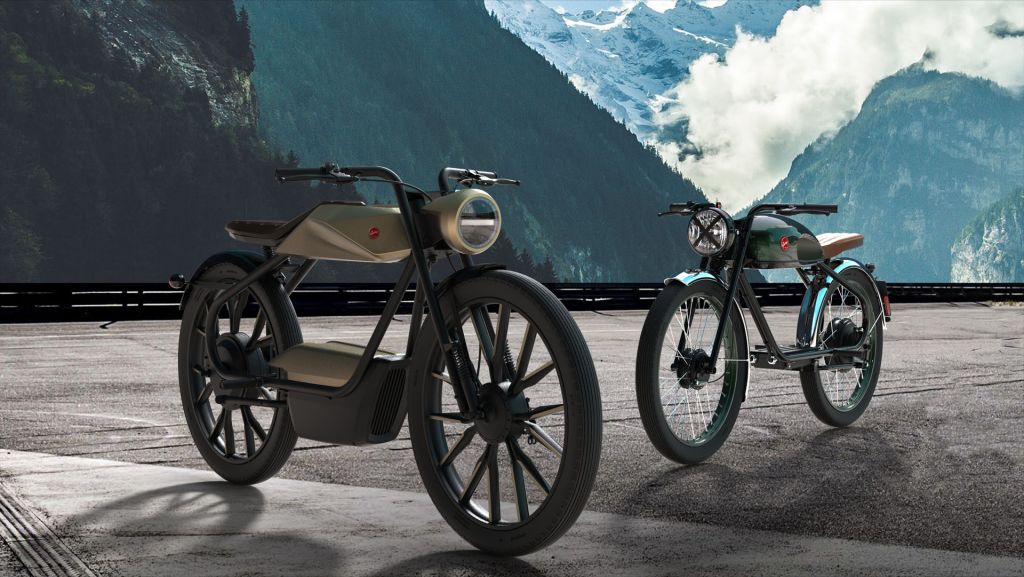 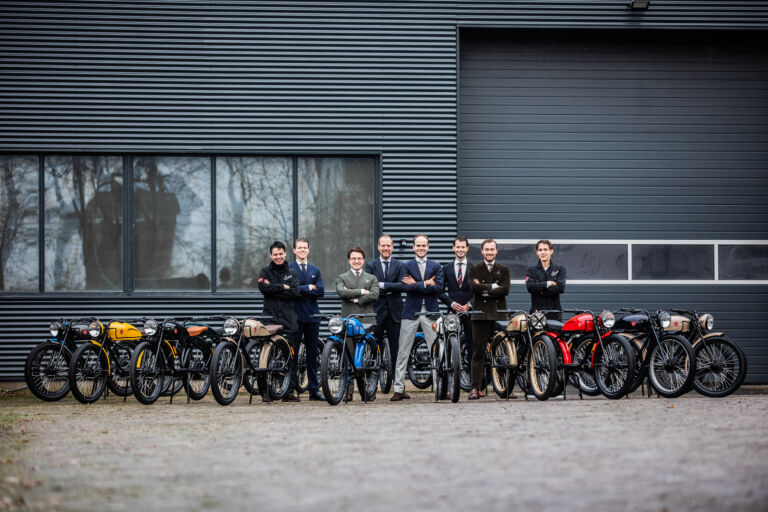